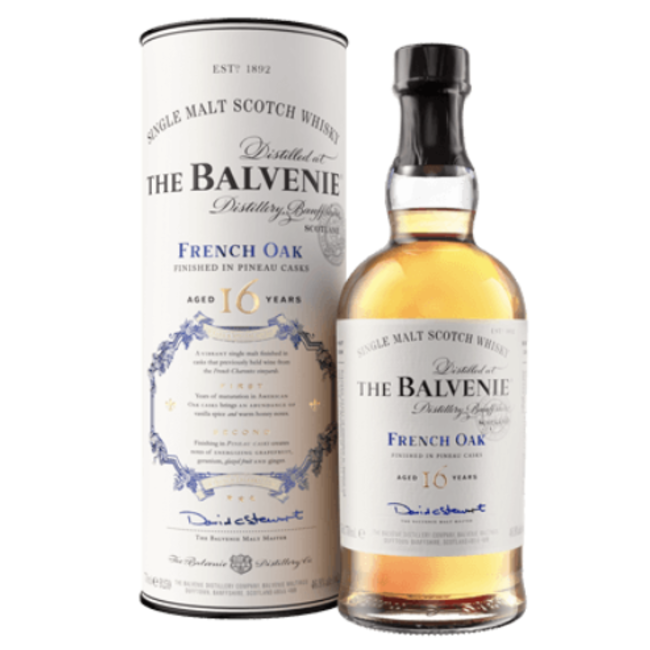 A new finish for Balvenie (the first since the Caribbean Cask in 2013!).

The Balvenie French Oak is a vibrant single malt finished in casks that previously held wine from the French Charentes vineyards.

Pineau des Charentes is a fortified wine made from un-fermented grape juice, to which a Cognac eau-de-vie is added and then matured. Pineau us also found as a home-made product in the neighboring Deau-Sevres and Vendee departments.

The Balvenie USA brand ambassador Lorne Cousin suggested Malt Master David C. Stewart MBE explore these casks after a trip to the region with his family where he fondly remembers sipping an aperitif.

This is the first of The Balvenie finishes to explore French Oak. Pineau is akin to cognac in terms of production and flavor, allowing us to capitalize on the rise of this flavor profile and its premium credentials.