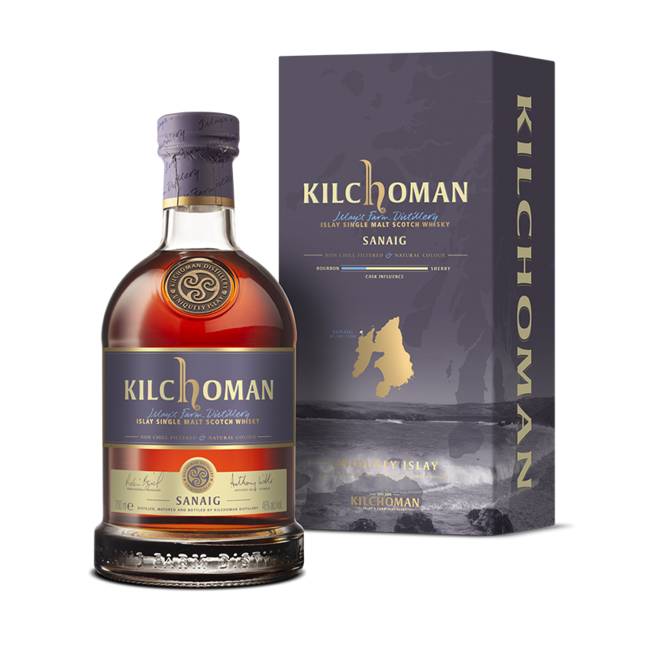 Kilchoman Distillery was founded in 2005 and is the first distillery to be built on Islay for over 120 years. It is a farm distillery and a proportion of the barley used in production is grown and malted at the distillery. Kilchoman displays all that is great about the grass-roots traditions of Scotch whisky distilling. As well as being one of only a handful of distilleries still practicing floor malting, barley is also grown on the farm, making Kilchoman the only distillery to complete all parts of the whisky making process on site. Kilchoman truly is Islay’s farm distillery – from barley to bottling.

Named after an inlet on Islay’s rugged Atlantic coast, Sanaig is a vatting of both Sherry and Bourbon casks. The high proportion of Oloroso Sherry influence adding a balance of dried fruits and spices to classic Kilchoman citrus sweetness and peat smoke character.

Finish: A lovely balance of peat smoke, fruit and sweetness.