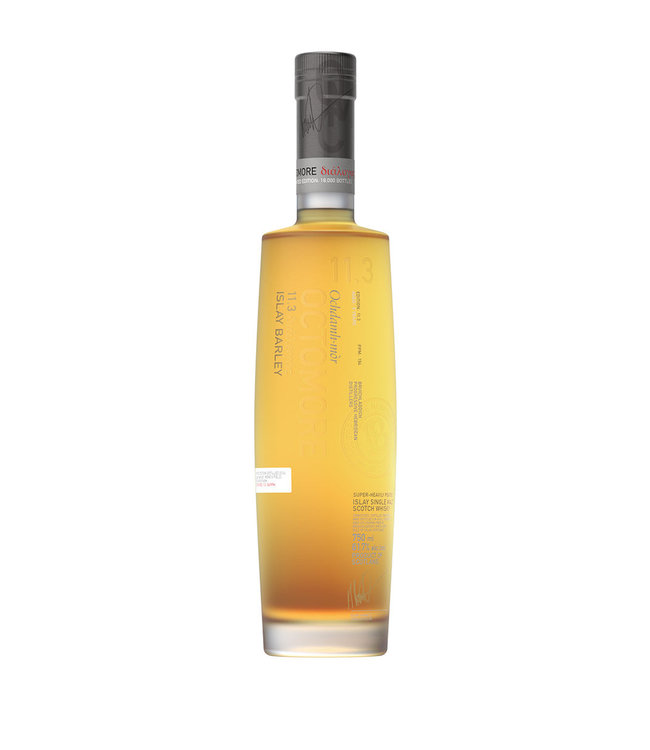 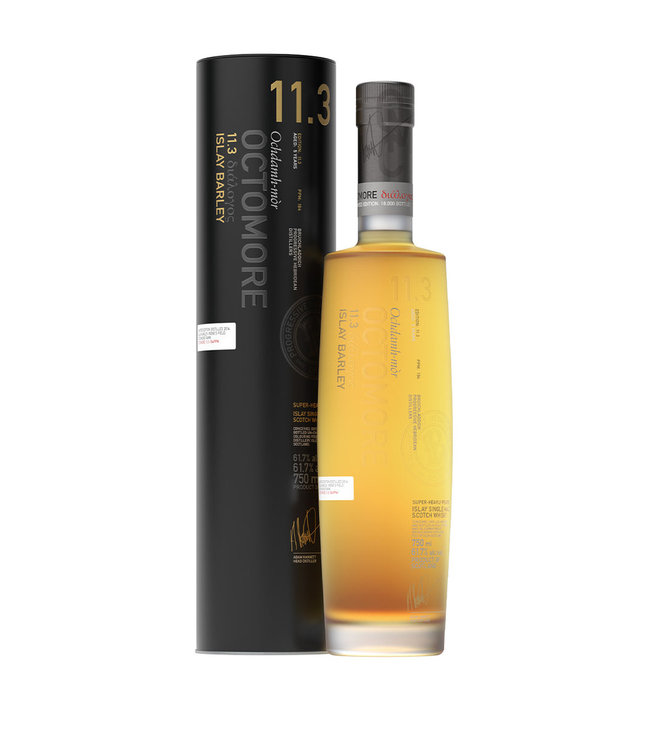 Floral and fruity on the nose and on the palate a huge malty character. Read more..

Octomore Islay barley is harvested, malted and distilled separately, even from our other Islay barley harvests, in order to become a single field, single vintage single malt. Comparison of our Octomore 11.1 and 11.3 is our finest lesson in the differences in barley character from the respective growing regions. Situated just two miles from the distillery, this specific 2013 harvest was raised in Irene’s field, where only 28 acres were planted that year. Unlike its Scottish Mainland counterpart, this field is exposed to the climatic conditions and salt spray of wild Atlantic swells. The distinctive flavour and rarity of this barley is something truly special when combined with the ex-American whiskey cask maturation.

AROMA
Summery and bright. Lovely light floral notes and sweet citrus, with honey and vanilla really holding everything together.
TASTE
Spirit is floral and fruity on the nose and on the palate a huge malty character at the fore with a sensation of barley flour sweetness and smoked orange peel.
FINISH
Dry smoke, earthy with dry grass comes through. Burnt heather, toffee and malt sugar all play a part in a complex long finish

ORIGINS
The makers of Octomore, hailing from Bruichladdich Distillery, describe their super-heavily peated single malt as “a late-night ‘what-if?’ idea”. What if they ripped up the whisky rulebook? What if they distilled the world’s most heavily peated single malt? What if that malt was distilled then aged for just half the conventional maturation time, and then bottled at cask strength? What if they focus on quality, not quantity? Those who have tasted Octomore will know that the resultant liquid defies traditional whisky wisdom. In theory, it’s too strong, too young, too heavily peated. But on the palate, layer upon layer of sophisticated single malt awaits. From the very first distillation to the debut of this 11th series, Octomore has been an organoleptic reward for risk takers.

Floral and fruity on the nose and on the palate a huge malty character.