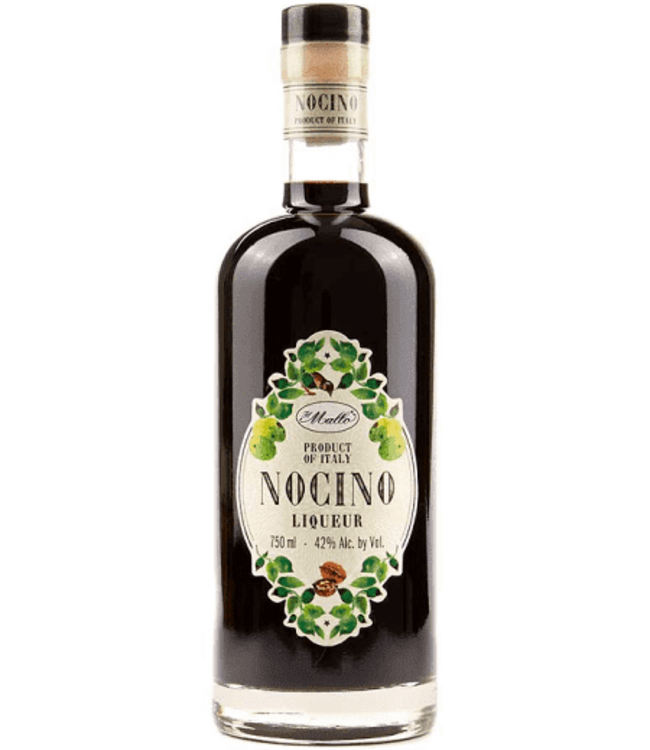 Such a wonderful addition to a whiskey cocktail. Read more..

Aromas of walnut shells, clove spice and cinnamon. This has a big texture but not cloying with hints of rum raisn along with the spiced walnuts.. Really great! D&M Tasting Notes

Nocino is made by harvesting plump green walnuts (from the English, or Common, Walnut tree), traditionally in June around the feast day of St. John the Baptist (the 24th), slicing them thinly, then macerating them for about a year in almost pure alcohol. The walnuts are then drained, pressed off (all of the press fraction is used, unlike with wine) and blended with a separate infusion of clove, coriander and true cinnamon, and sugar. (Il Mallo uses about 20% less sugar than the maximum permitted by the rules for Nocino di Modena.) After another 9 months of aging the mixture is bottled. As with any of these liqueurs that predominantly are made of a single ingredient, the quality of that ingredient is very important, and Roberta and her mother Giovanna have longstanding relationships with the farmers who grow the walnuts, some near their home in Emilia and some in Campania, around Avellino.

Nocino is a great digestivo, but it’s also lush over vanilla ice-cream, and has great potential in craft cocktails. Try it instead of sweet vermouth in Negronis, for example, or Manhattans.

Such a wonderful addition to a whiskey cocktail.